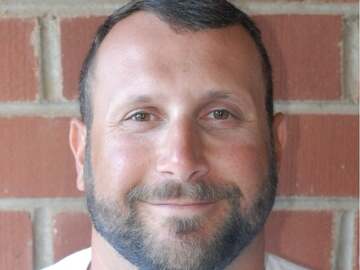 Coach Manderano has coached 18 seasons in Georgia, which includes four years at the collegiate level. He has total record of 170-111.

Coach Manderano's experience includes 2 seasons at Kell High School in which his team earned a 25-9 record in two seasons. The 2017 season was one of the most successful seasons in school history when it earned its first playoff win in school history. Also, two players were named to the All-State Honorable Mention team for their accolades on the field.

Before Kell, Coach Manderano spent 5 years at Piedmont College, a DIII program, located in NE Georgia. While at Piedmont he was tasked with starting the lacrosse program. He spent four seasons on the sidelines for the Lions and earned a 21-36 record. He coached two players who earned more than 100 goals in their career. Two of his players also earned All-SEILC honors.

Before Piedmont, he was the Head Boys Coach at Lassiter High School where he earned a 78-23 record during his 5 years tenure. He was part of a program that played in 3 state championships in 2006, 2007 and 2010. The 2006 team brought home the championship, the first public school to win a GHSA state championship. Coach Manderano was fortunate to coach 3 U.S. Lacrosse All-Americans, 4 MDJ Lacrosse Player of the Year and multiple All-State players. He was named the MDJ Lacrosse Coach of the Year 4 times during his stay at Lassiter.

Before Lassiter, Manderano was the Head Boys Lacrosse Coach at Riverwood High School. He was the first coach at Riverwood as well. His teams earned a two year record of 9-20. His 2005 team earned a 7-9 record after only their second season as a program.

Manderano spent his scholastic days playing football and lacrosse at Fairport High School, which is a suburb of Rochester, NY. He was a three year starter on the football team and won 2 Section V Championships. He was captain his senior year, when he earned 1st team All-County, 1st team All-Greater Rochester and 4th team All-State as a linebacker. In lacrosse, he was a 3 year member of the team and earned a spot as a captain his senior year. He was also name to the 2nd team All-County and the team won the Section V Championship. After high school he spent two seasons playing linebacker at the University at Buffalo.
​
Coach Manderano has been married to his wife Leah for 19 years and they have 2 children, Kaitlyn (13) and William (10). 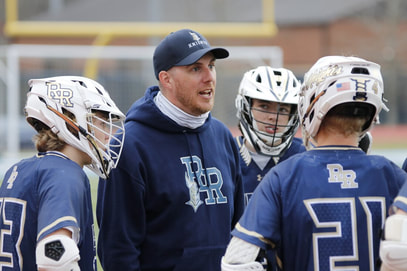 He played his high school lacrosse at Stonewall Jackson High School where he was a 2x All-District Midfielder.

​​Before starting his coaching career, Coach Schultz served 6 years in the U.S. Army as an Explosive Ordinance Disposal Specialist.